The Best Worst Concert Ever? 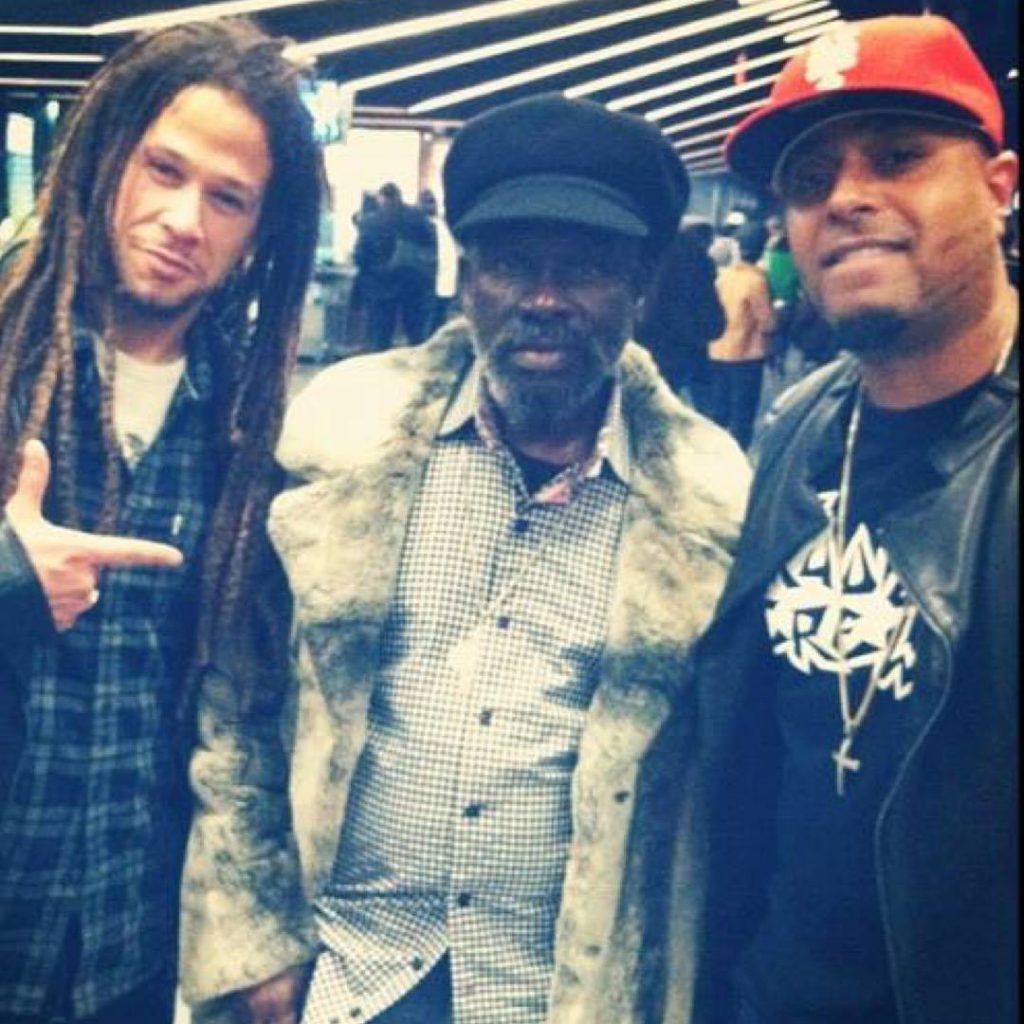 It was the winter of 2014 and my songwriting adventures had led me to the Barclay center in Brooklyn. As it was I had written a  hit song for British reggae star Maxi Priest who had given me tickets to the event at which this photo was taken. On the bill was Maxi Priest, Shaggy, Beres Hammond and UB40. It was a packed house. The song had revived Maxi Priest’s career and he was flying high on the success of the album that bore the name of the song I had written “ Easy To Love.” Initially, I did not want to trek into to BK to go see some stadium gig, but I went anyway in the interest of relationship building. Max had invited me a few days earlier as we sat in his family’s home. He was grateful for the song I had given him performing mouth to mouth on his career. He told me something vague about getting up on stage to do the song with him. Nice enough cat and a legend and all, but I ain't never exactly been a  fan of any of the artists on the bill. When I got to the venue, I had a few comped tickets waiting for me, but there was no laminate. I called Max from the lobby. He gave me some lame story about some shit about not having enough lams. Whatever, Im thinking…confirmation of why I didn’t wanna even come in the first place. Now I'm trapped at a UB40 + Shaggy show. Wow. I had just driven to BK from the Shore, though so I go to my seats and sit down annoyed. I am surrounded by all the artists’ guests, friends and families. A lof riff raff is going on around me. Dancing and fuckery. Folks are excited about Shaggy. I must be in his VIP section. I’m bored. For no reason I decide to text Roy Radics and tell him about this wack show I’m at in BK abut and how bored I am. He texts back that he’s at same show with wifey. So now we’re trying to spot each other in this massive crowd. Im up stage left elevated a few rows. He was down on the floor so not easy to spot but I was eventually able to spot his red fitted in the throng as he guided me over the phone. We agreed to meet at the second level bar and proceeded to get shit cacked while people watching all of the folks encircling the mezzanine. We didn’t watch Maxi, but when Beres Hammond came on the place lit up - the entire stadium was dancing. It was one of THOSE concerts. We got up from the bar so we could stand in the walkway and look in the cut to the stage and watch Beres. Shit was insane and this guy had the entire stadium eating out of his hand. Me and Roy had our beers in hand and we were in heaven. It was awesome. It was then, through the horde of pimps, blue haired dancehall queens, old time people and every other thing you could imagine that we spotted reggae legend Johnny Osbourne coming right towards us. He was wearing a fur coat. We just lost it. We have to get a picture to document this moment we said laughing. Johnny recognized Roy and stopped to say hi. Right after this, we said goodbye and I walked my way out of  the stadium towards my car as Beres was wrapping up an amazing set of hits. I never even got to see UB40.