Get Experienced : Taking Hell Rides With My Uncle Tom

Taking a ride with my uncle Tom was never safe bet. On land or at sea he had a knack for putting you in the most dangerous of situations. He had in fact already died for nine minutes as a result of a teenage drag race accident in 1966, was in a coma for 6 months and couldn’t wait to do it again. He came out of it crawling like a baby and had to learn to walk and talk all over again. After that he was just crazy and very scary. Outer space, time travel, and the paranormal were some his favorite topics of conversation and he told a story about what he experienced the day he died for many years afterward. 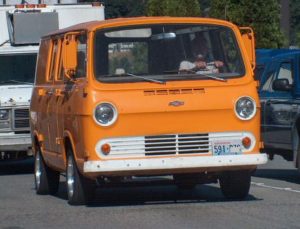 My grandmother told me that the most upsetting part of the ordeal for her was the day they lowered him into a tank of water as part of some kind of therapy. He looked out the window and cried “mommy!’ as they lowered him in. Her 18 year old son couldn’t swim and was scared of water. Six months prior he had been a lifeguard. Now divorced and forty-something, he lived with me and my grandparents. He was forbidden to smoke in the house, so we would often go out for rides in his 60s econoline van so he could smoke weed and blast music while driving at terminal speeds.

I discovered Jimi Hendrix in that van at age 10 as the perfect soundtrack to my uncle’s stories about his pre-accident glory days. As I sat white knuckled and fearing for my life, he regaled me with tales about his first LSD trip at art school in 1965 sitting in his girlfriends Corvette Stingray. He told me he was also sitting in her car on outside of a bank on Broadway in Manhattan on September 19th 1970 when WNEW came over the radio with the announcement that Hendrix had died in London the night before. “You don’t know what it means to be experienced, but someday you will” he would taunt me. And, quoting Jimi "get experienced. I eventually did of course get experienced.

We lived half the year in Cape May N.J. and it was there that I had a small 8 foot Boston Whaler that I used to cruise around the channel behind the house, or take to the marinas in town. I hated when Tom would insist on joining me on these excursions because the same pleasure cruises that I took by myself, now became absolute terror rides. I would try to untie the boat and shove off before he could spot me through the dining room window, but sometimes failed. The trouble always began crossing the bay which was a busy commercial waterway with much larger boats moving rapidly in all directions. 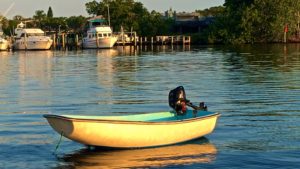 Tom had no regard for maritime safety. Usually I would yield to the much larger boats. They had right of way. But Tom would make me play chicken racing to beat them to this or that buoy crossing in death defying displays of oneupmanship. He would sit in the bow facing me and scream “nail it!” at the top of his lungs. I would punch the tiny little throttle on the pitifully weak 12 pound motor, sink my chin into my life preserver and pray. I was scared to death of him. Tom never even wore a life preserver which made him even scarier. The accident had left him unpredictible and violent and he wore presciption sunglasses day and night so you never saw his eyes. With clenched teeth and salt water spraying in my face, I would narrowly miss a Coast Guard cutter its horns blaring, but somehow make it to town in one piece.

My uncle Tom made me memorize the tiny text on the Budweiser label (which I still know by heart), introduced me to Jimi Hendrix and scared the shit out of me every day of my childhood life. He passed away recently in South Carolina finally going back into space and the light and all the stuff he always talked about seeing the first time he died. My family brought his ashes back up to Cape May, driving along the same marsh road he and I did to spread them in the very same bay where we took those all of those scary boat rides. 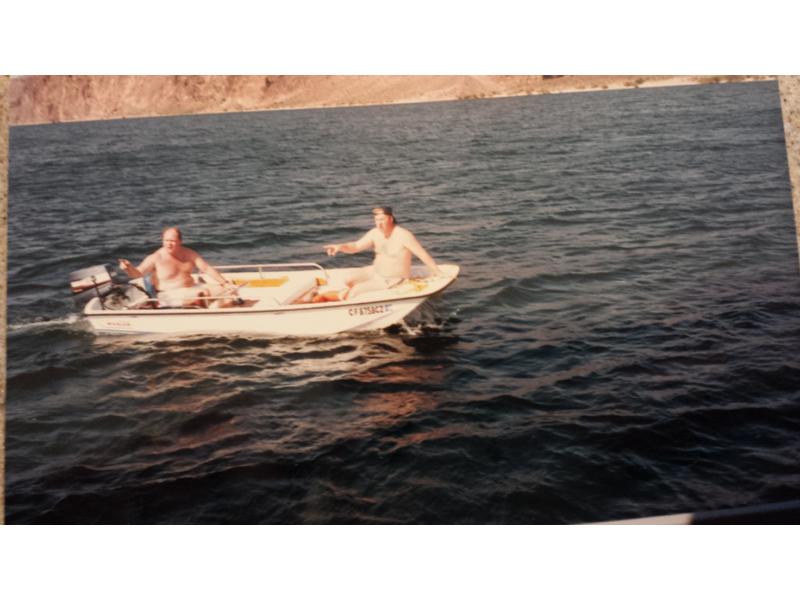